The BronzeLens Film Festival of Atlanta, Georgia is a non-profit organization, founded in 2009, that is dedicated to bringing national and worldwide attention to Atlanta as a center for film and film production for people of color.

We’re honoured to have received national and international recognition across many fields of activity, including accessible and inclusive films.

Our Awards
through the Years

Celebrating over 13 years of supporting independent films, filmmakers and Industry professionals of color!

Oscar Qualifying Festival for the Short Film Award since 2017

1 of 3 in Georgia, & the only
multi-cultural centric OQF in the State 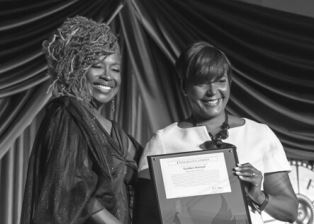 The Phoenix Award is the highest honor an individual or group can receive from the Mayor of Atlanta.

We have been awarded as Top 100 Best Reviewed Festivals

Category: Best Place to Break into the Film Industry

Enter your email below to receive updates on the latest BronzeLens Festival news.